Faith Connexion continues to reinterpret its guiding principles with every new season, finding renewal through its roots.

Fall-Winter 2022 introduces the Maison's original logotype: half Gothic, half bling, an expression of a «too much is never enough» attitude straight out of the 2000s, the era that gave birth to the brand. An artist who has collaborated with 8 for years was given carte blanche in its reincarnation. His brand new logo form as well as updated logotypes are omnipresent in a variety of formats and volumes this season. These embroideries adorn a reimagined 50s style women's tweed suit, silkscreened on the back of a hooded micro bomber, and running the length of a pair of jeans, right down to the heels of the shoes. A series of portraits of cool kids, the "usual suspects", are presented here almost as a gallery of replicas. The models' silhouettes are deceptively simple, set against the backdrop of skintight black and white turtlenecks that make them look like display mannequins in shops. Both men and women wear identical wigs, a social commentary on the emptiness of a standardized society. With this stark backdrop, the pieces of the collection embody individuality and tell each participant's story. Of course, the Maison’s codes and icons are present and accounted for. Shearlings (often reversible) are back in the form of luxurious hoodies with leopard printed fur. The lavaliere adorns a long lurex dress with a sunburst-pleated skirt. A play on patterns animates a dress where the print of the bodice is reversed and enlarged on the skirt. Tweed, as always, is reimagined in new ways: as a sophisticated hunting jacket or as an unexpected cardigan. A modern couture suit takes the form of a pencil skirt and a small blazer that recalls a denim jacket. A street style version includes an oversized jacket in tweed lurex, for a 90s hip-hop vibe. Proportions are pushed to the extreme in both directions. Inspirations from different eras mix and merge as if passed through a filter. 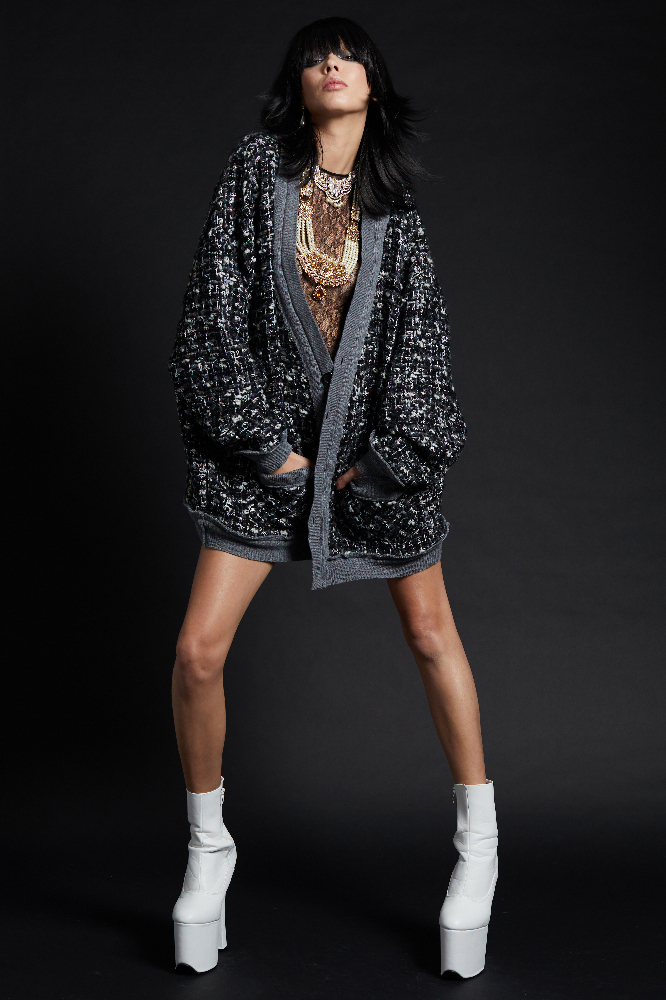 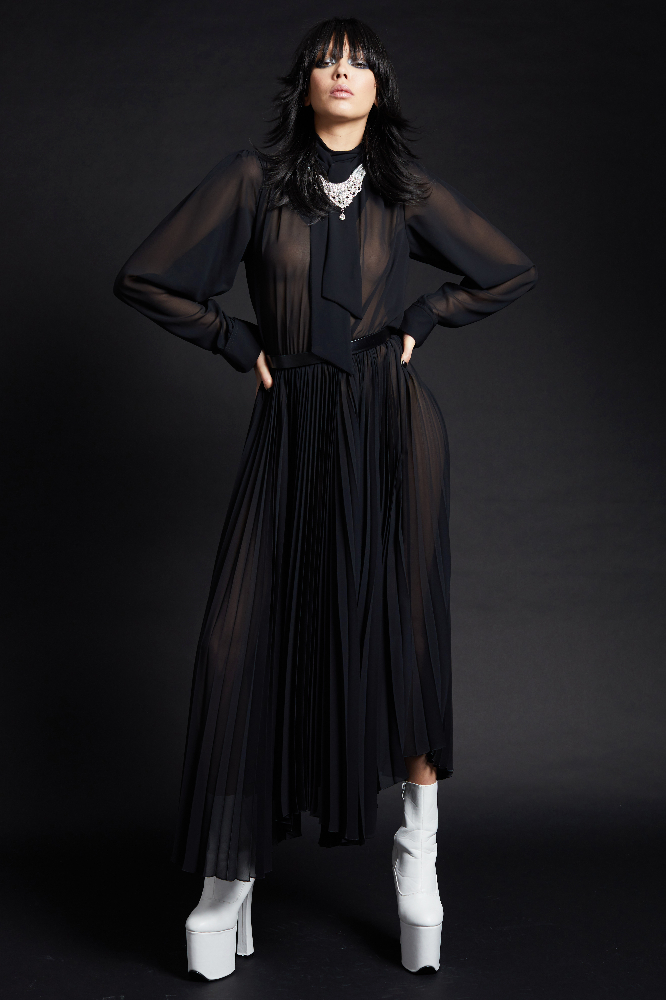 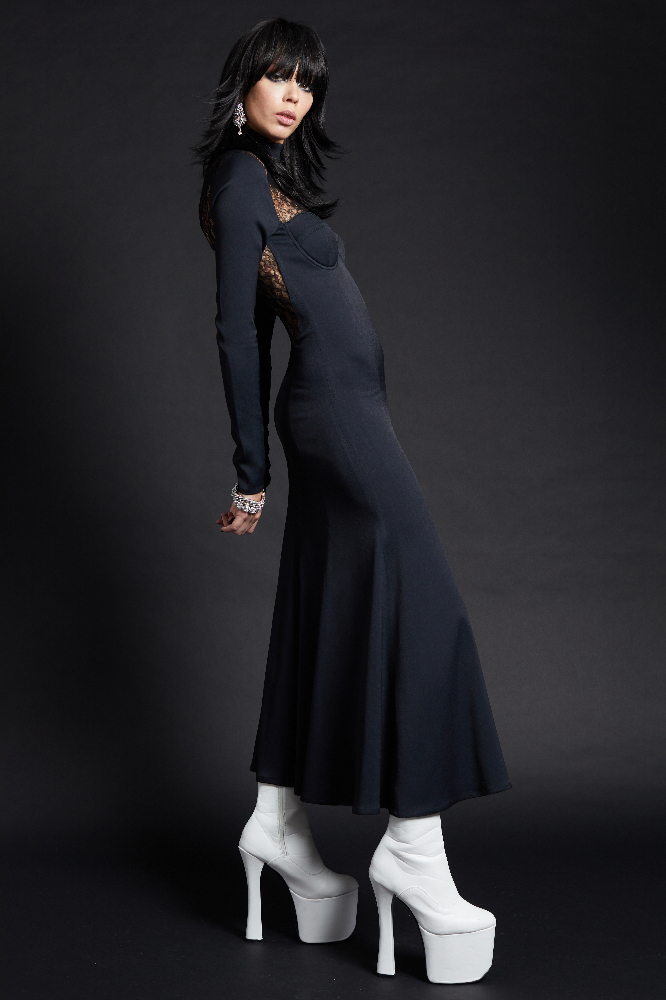 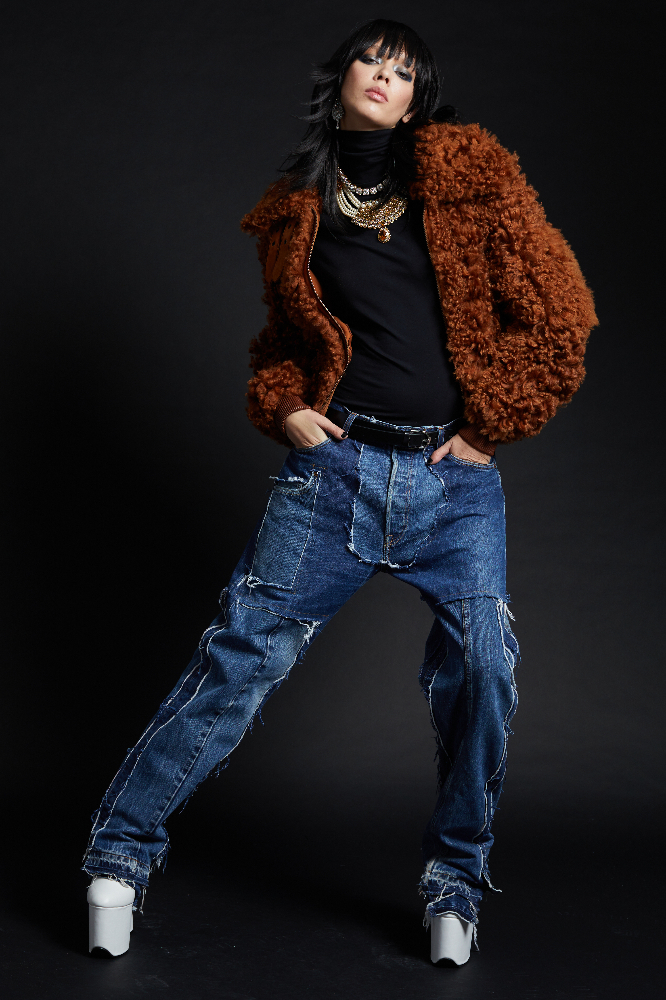 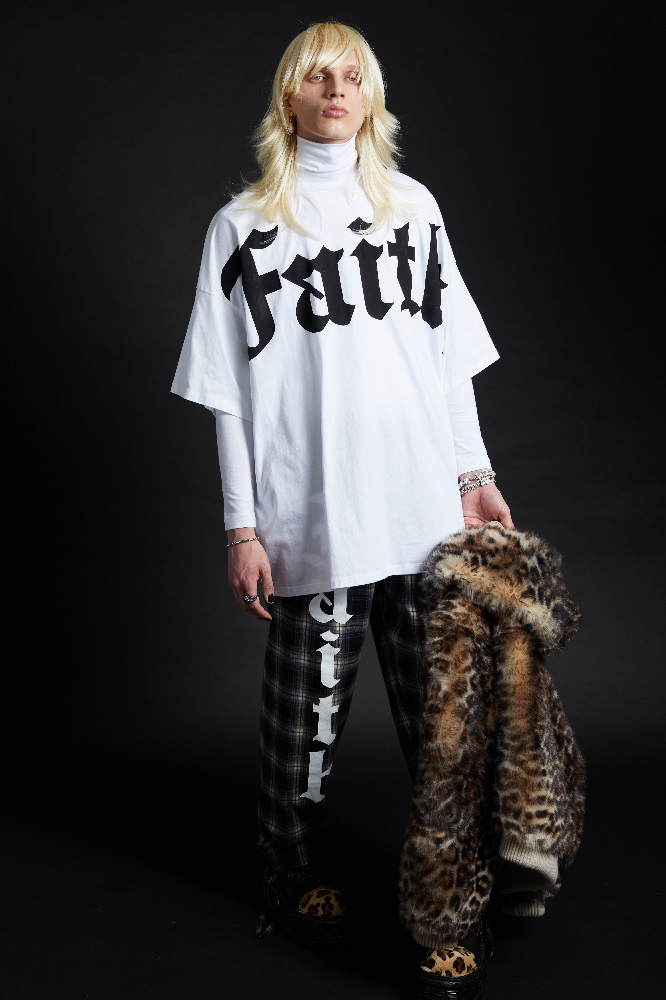 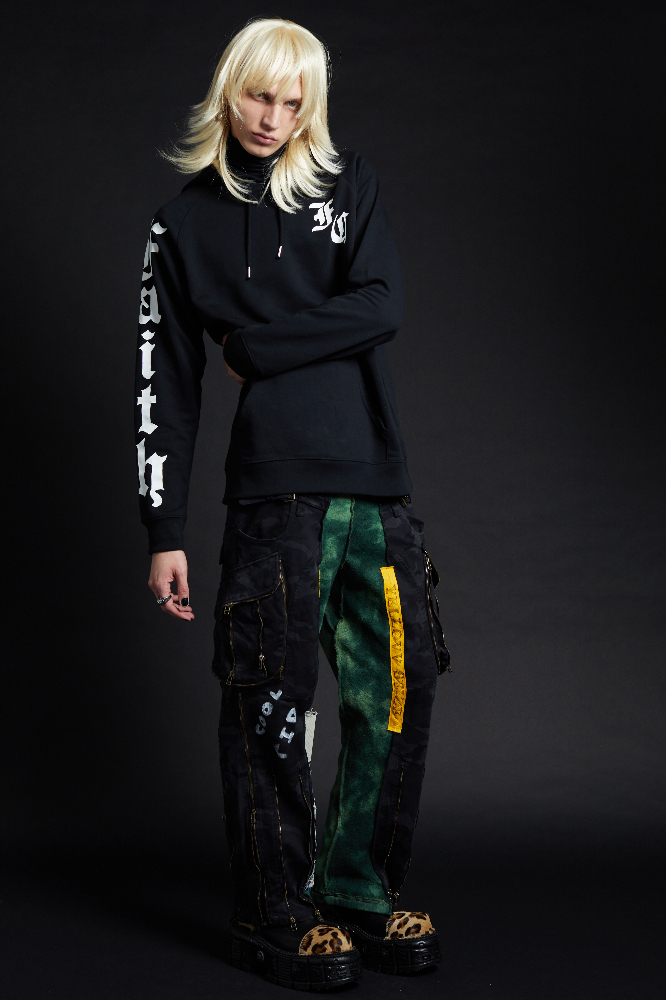 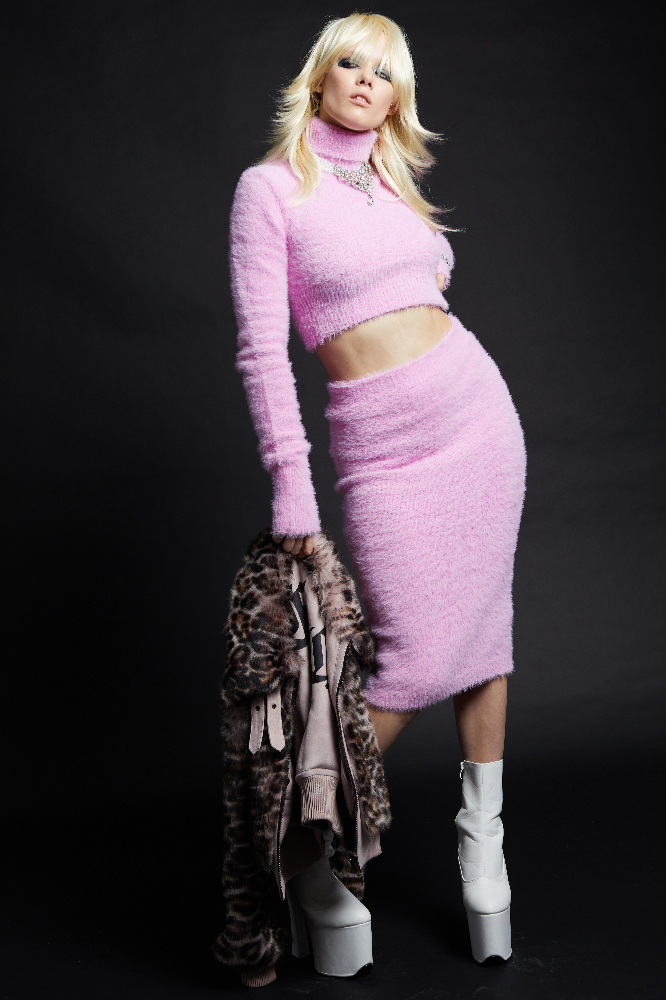 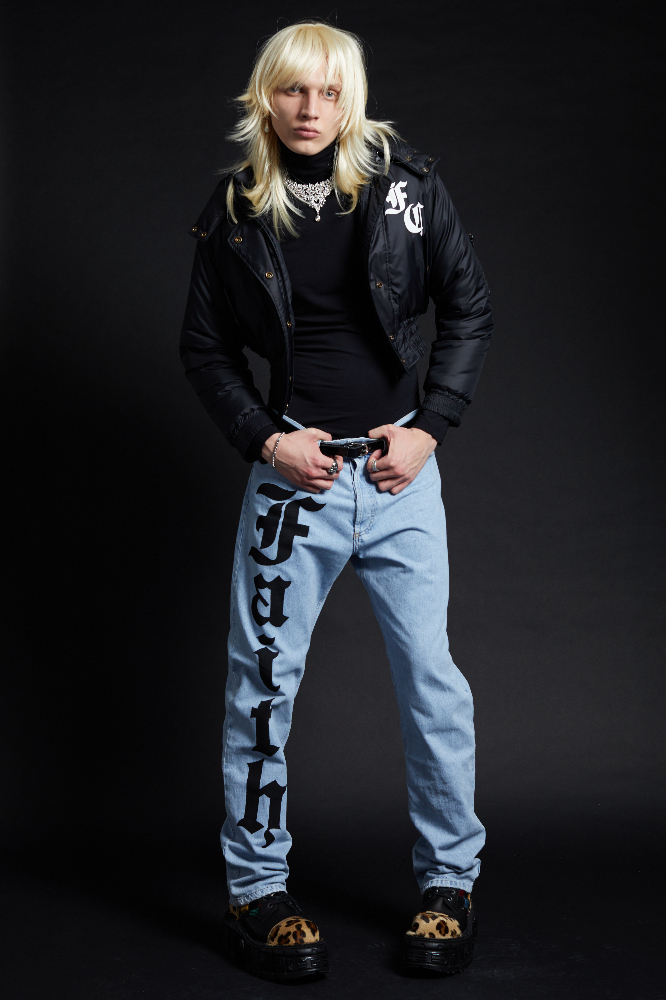 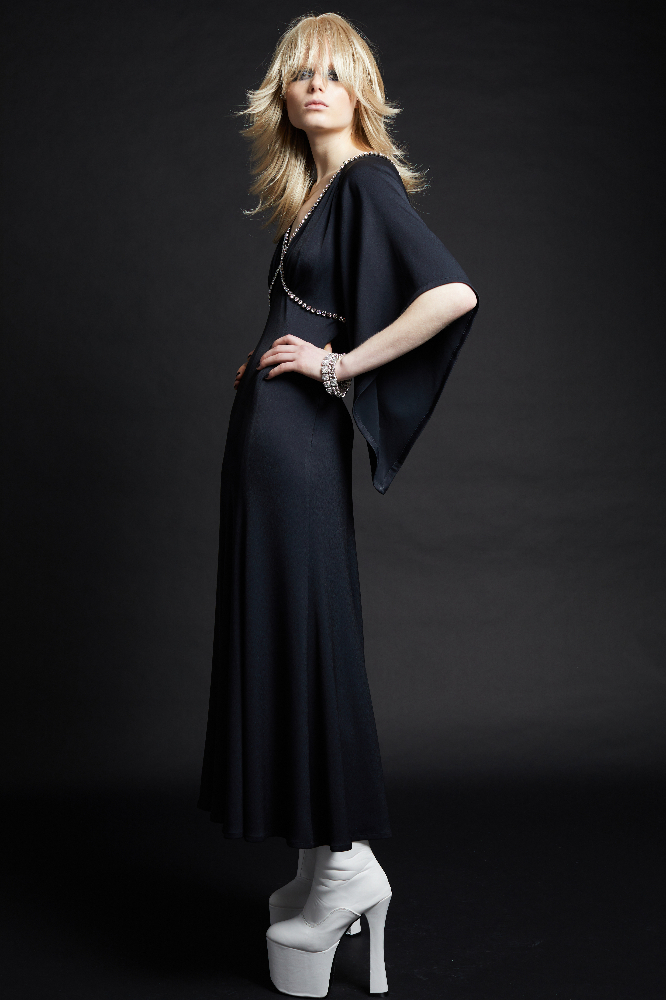 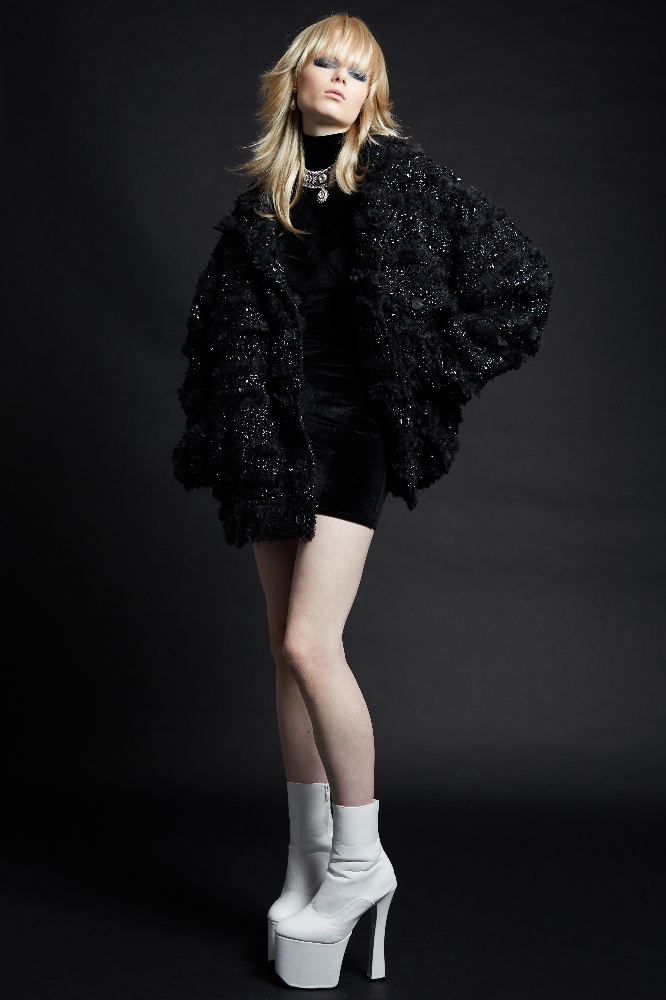 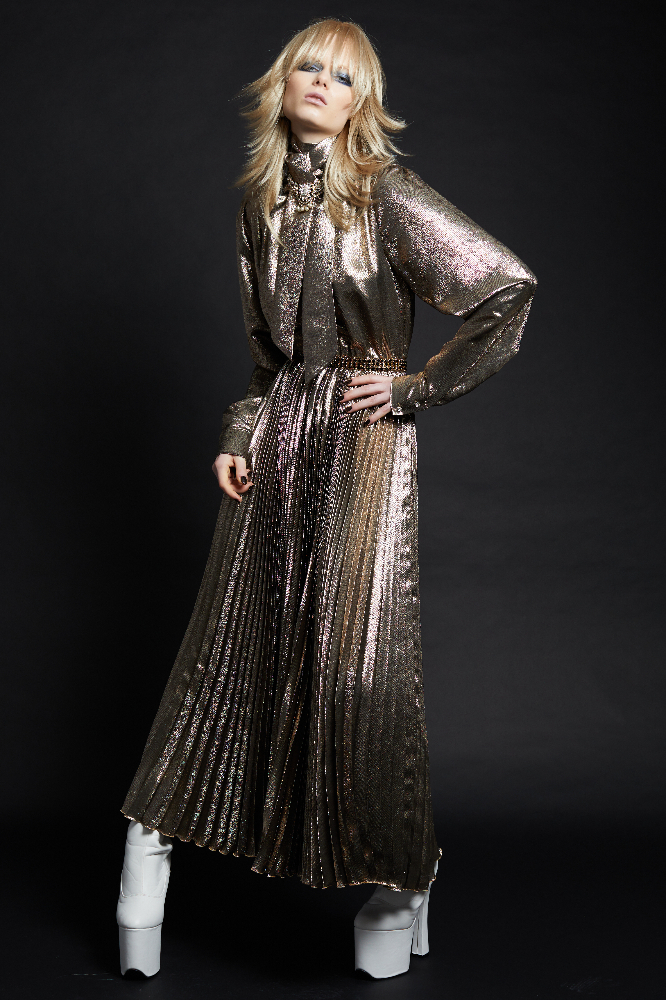 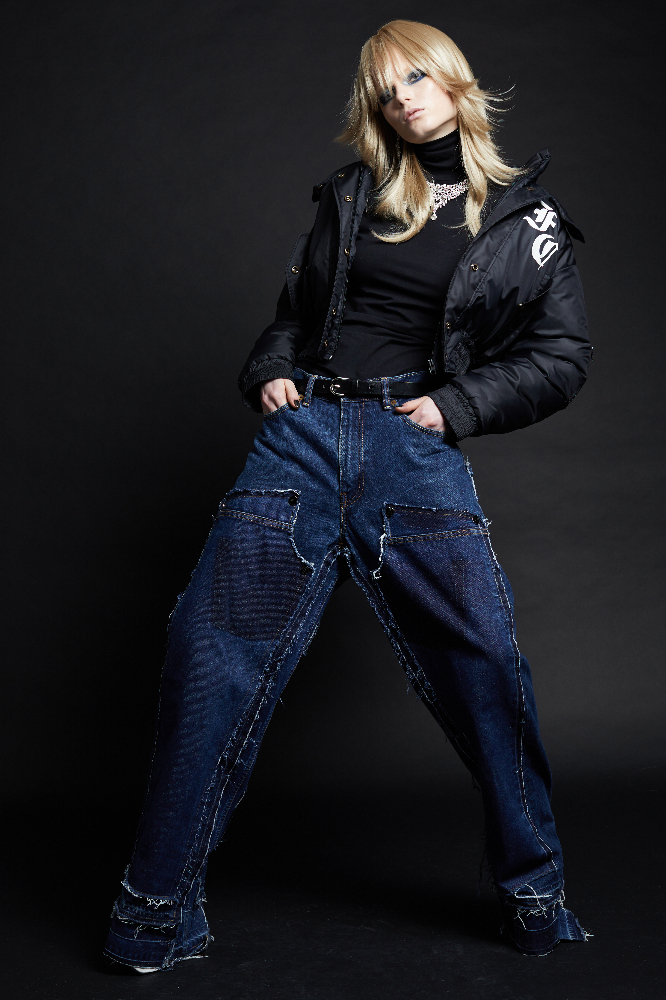 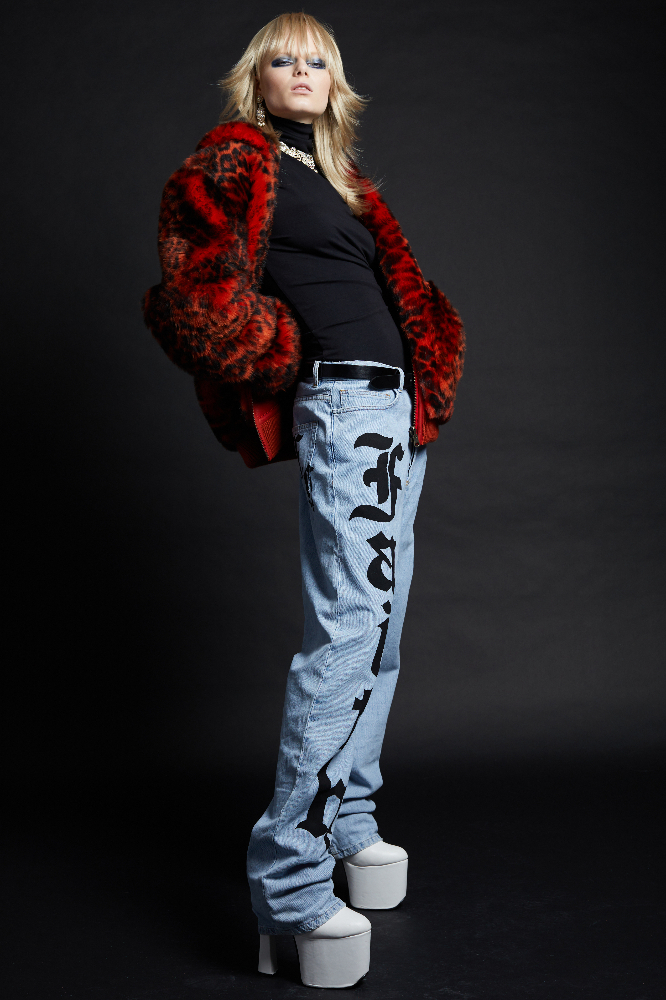 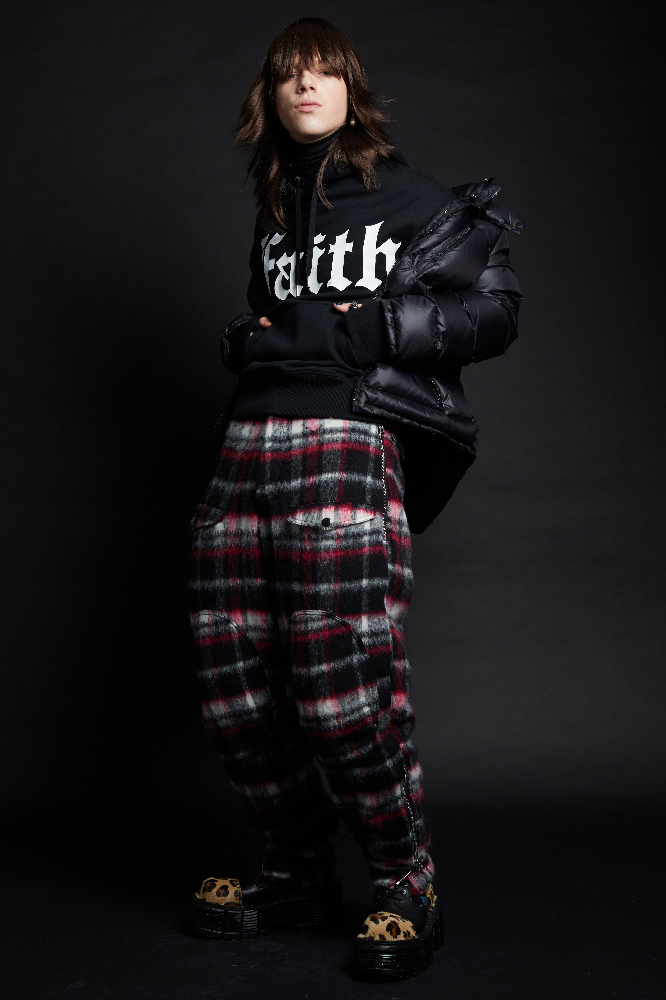 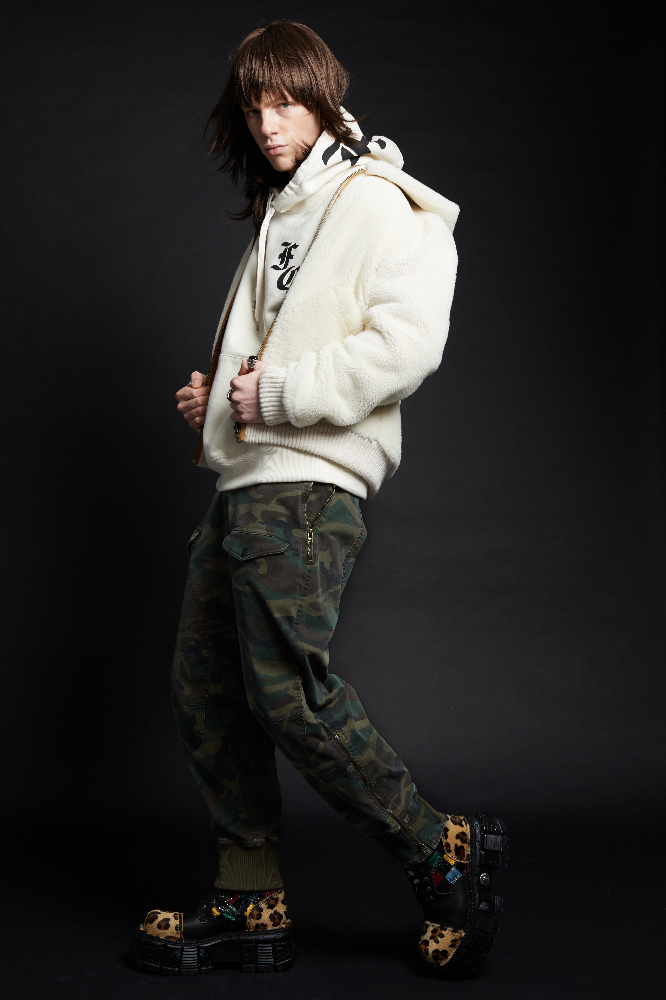 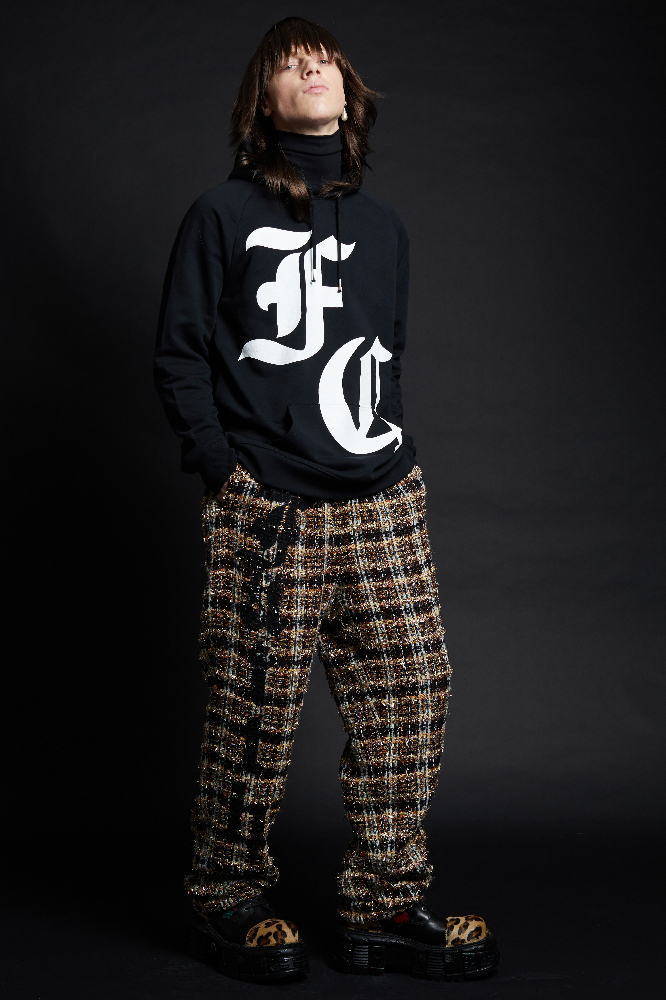 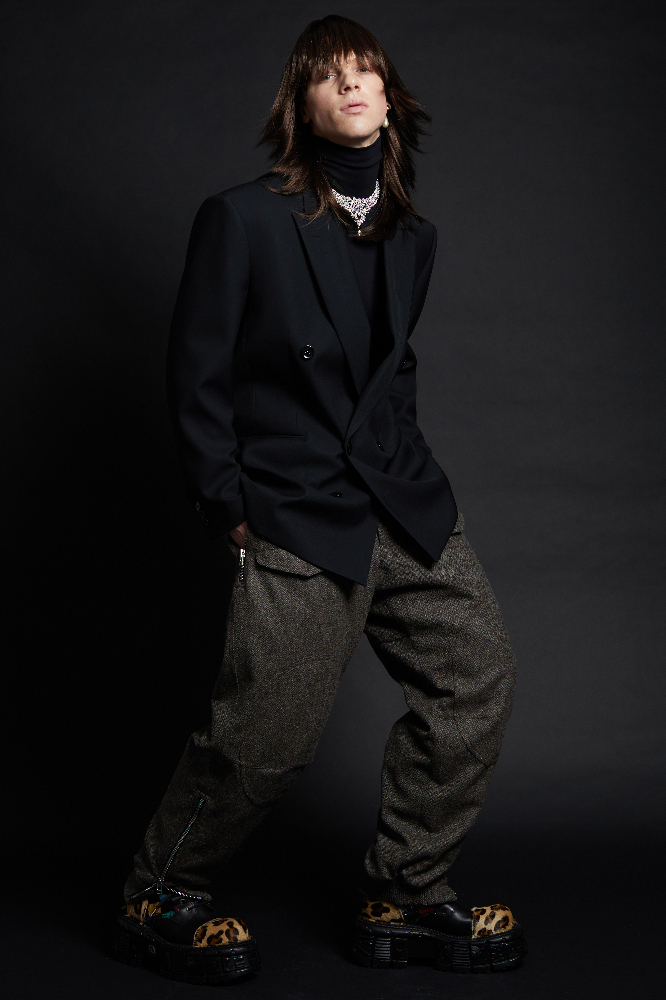 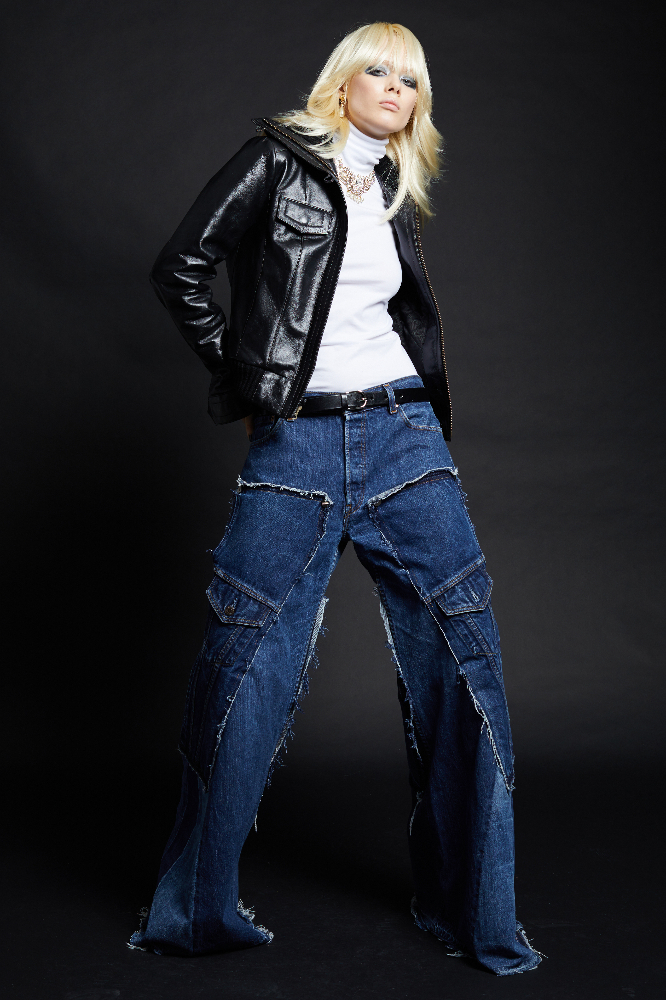 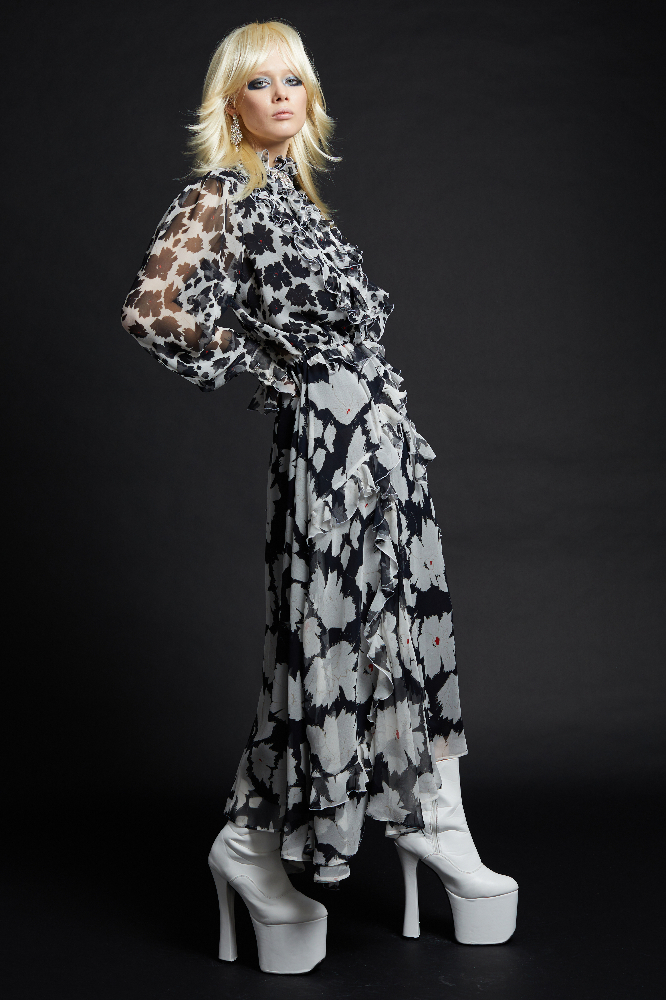 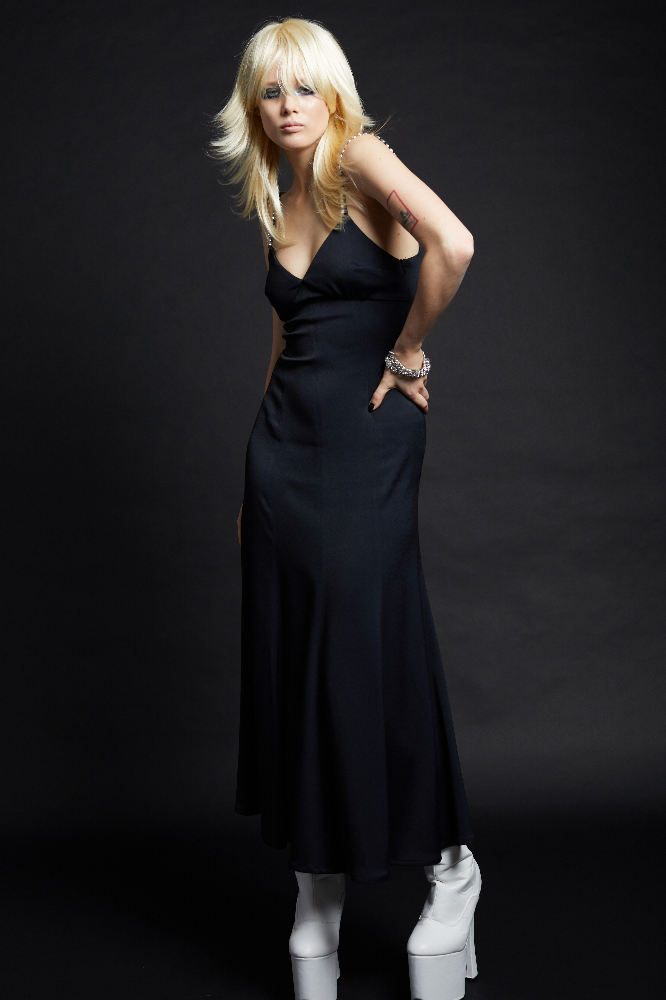 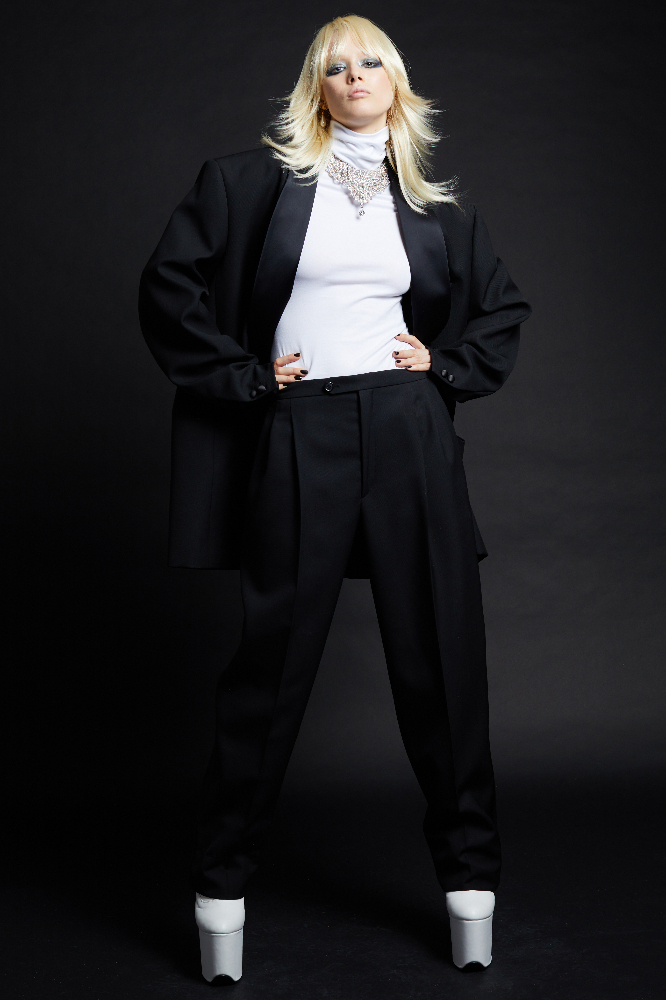 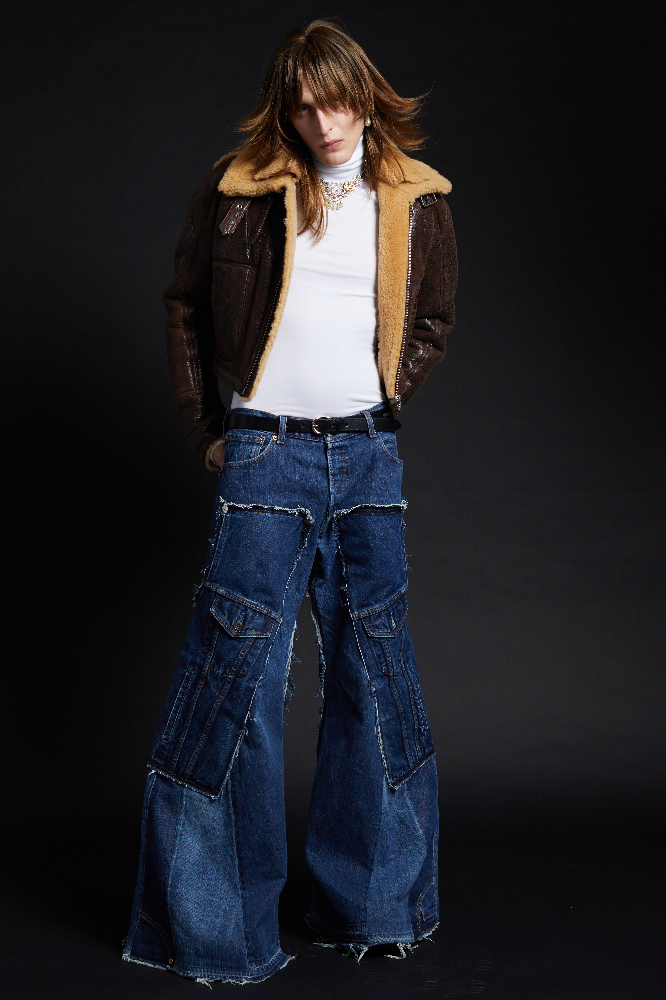 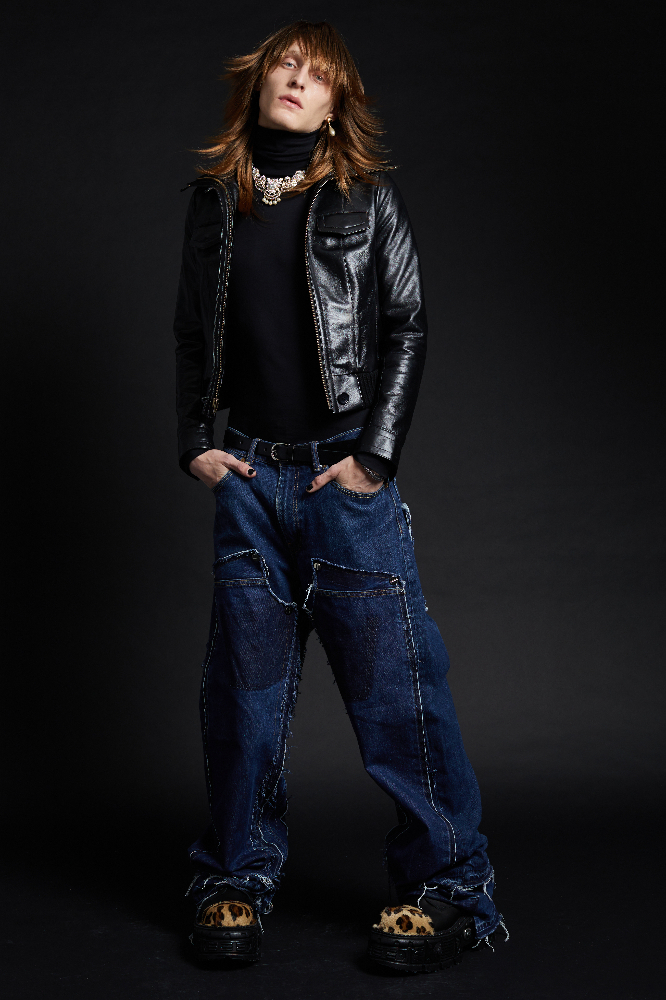 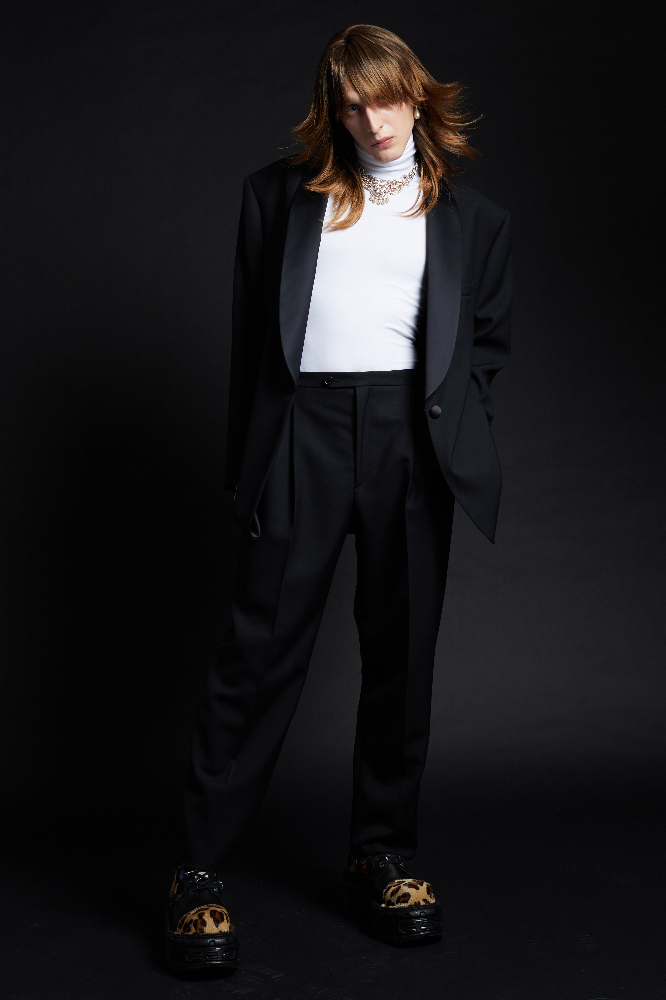 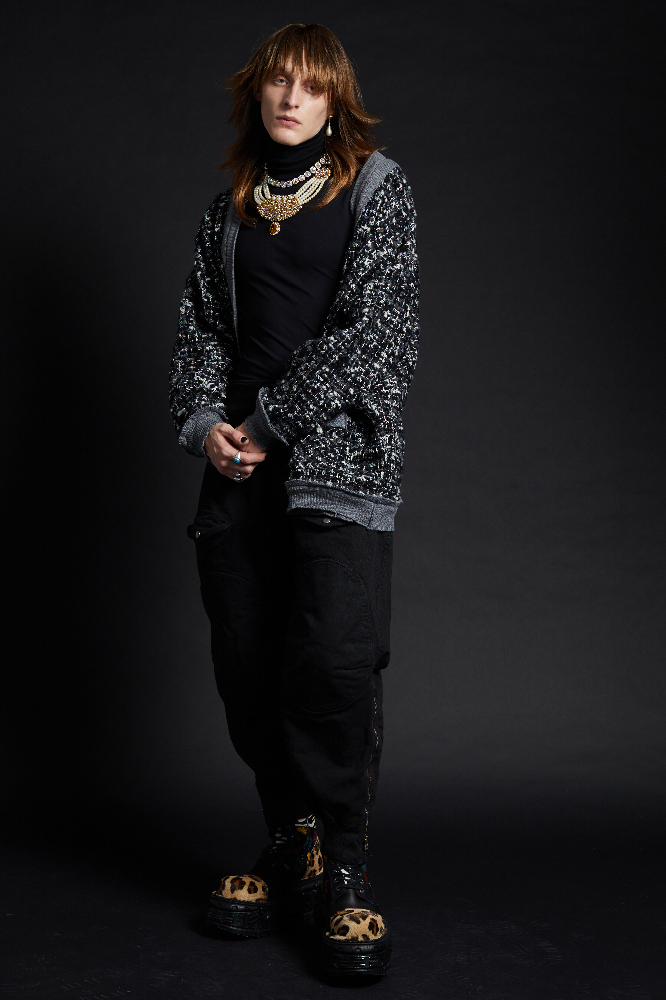 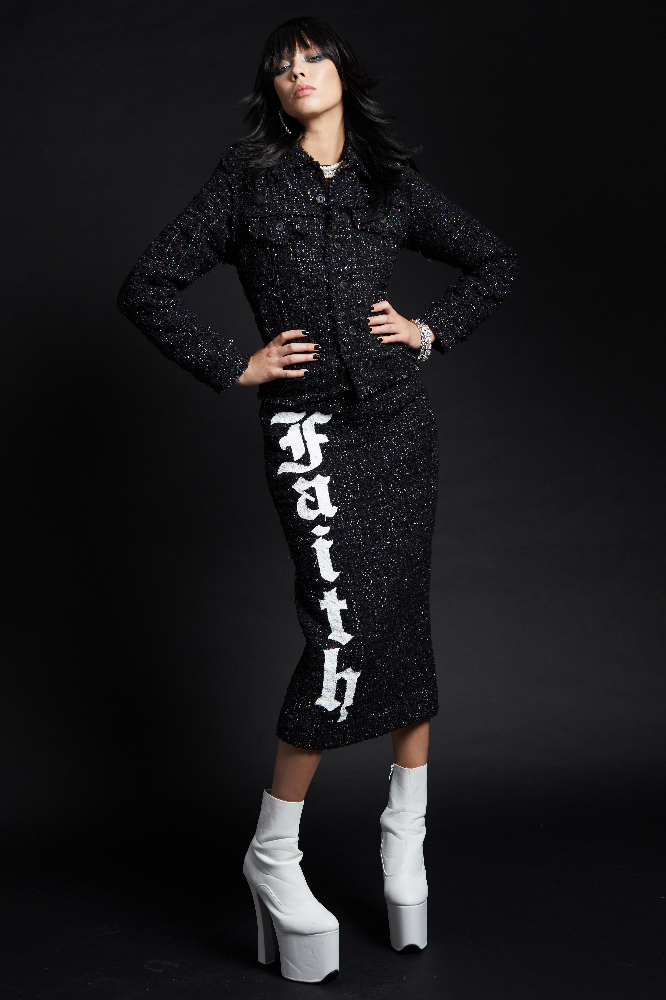