24Fashion TV has a unique chance to get the exclusive interview by celebrity TV host Aliia Roza with Becky Robbins about her exhibition and fashion plans. While Becky Robbins may be associated with her famous ex-husband Tony Robbins, the self-help guru, she wants to be recognized for the here and now: her new found artistic freedom. While she spent her early years immersed in the world of global motivational training, helping build someone else’s empire, Robbins has moved out of that shadow and is now constructing her own artistic career. Becky is currently exhibiting her artwork at the Shelborne South Beach. 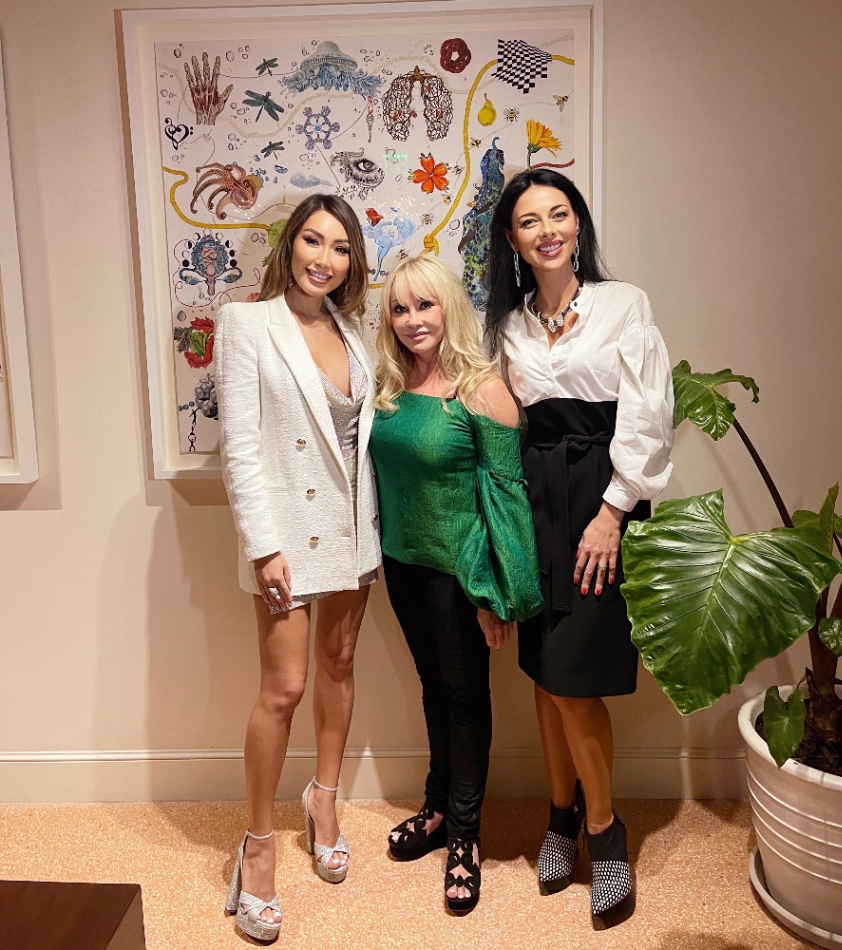 For the last decade, the self-taught artist has poured her time and energy into crafting oil paintings that intricately weave together her past and present. Organic in practice, nothing is planned when Robbins stands before a blank canvas to paint; though, she often splashes canvases with images of human faces, animals, flora, fauna, and texts that showcase her love of Earth and humanity. 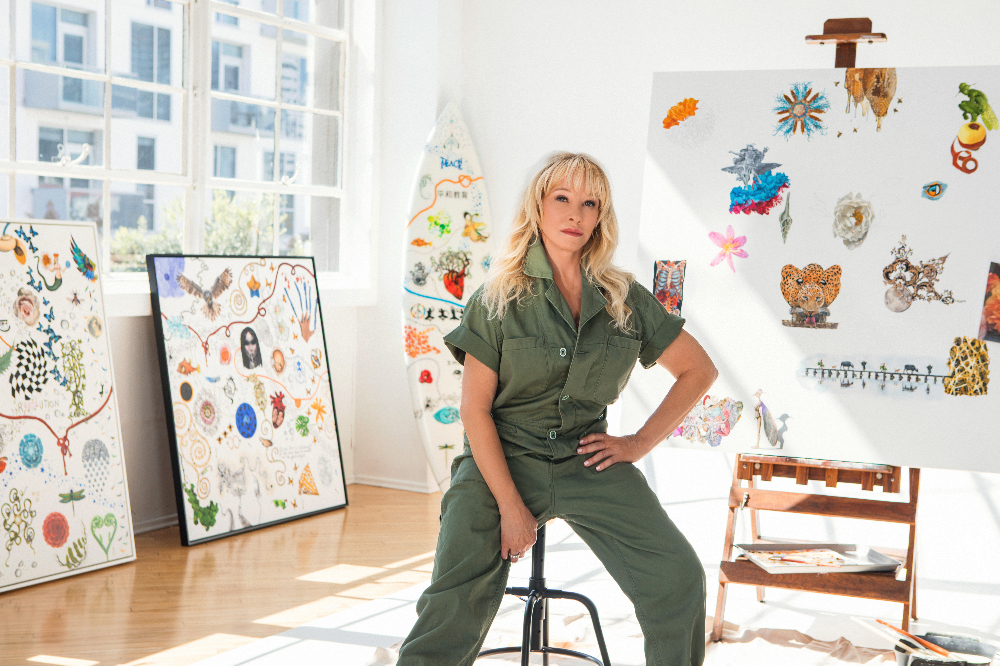 Robbins typically starts with one thought— an inspiration from a photograph she took or saw in a magazine, or something that came to her during daily morning meditation— and that one concept leads to another and another. She connects individual images through ropes or a string of music notes so that each piece feels cohesive. The entire process can take Robbins anywhere from six months to a year to finish an original painting. Through her work, she has been able to build relationships with people around the world, even during a pandemic. 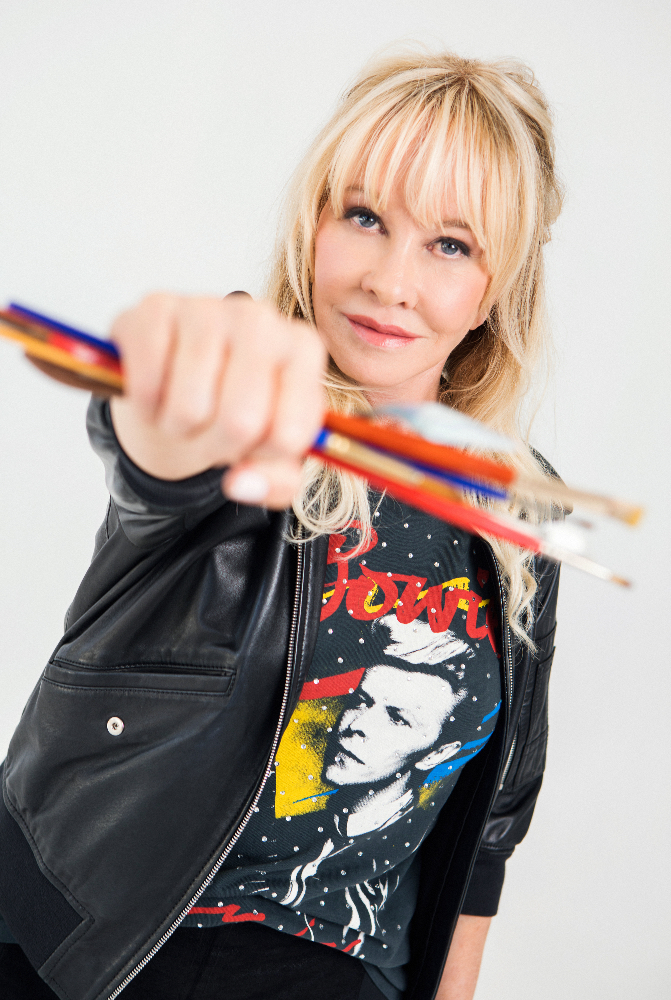 Robbins’ most recent collection is titled “Yūgen,” a concept that is at the core of the appreciation of beauty and art in Japan. Pieces in the collection include the PALE BLUE DOT, referencing our journey on this tiny planet; LEAP OF FAITH, which revolves around taking risks; and LOVE IS STILL THE ANSWER, which was inspired by a Jason Mraz song. In addition to her originals on oil, Robbins is selling limited edition prints which are beautifully floated on a background and framed.

Watch the interview on our 24FashionTV channel or on the website